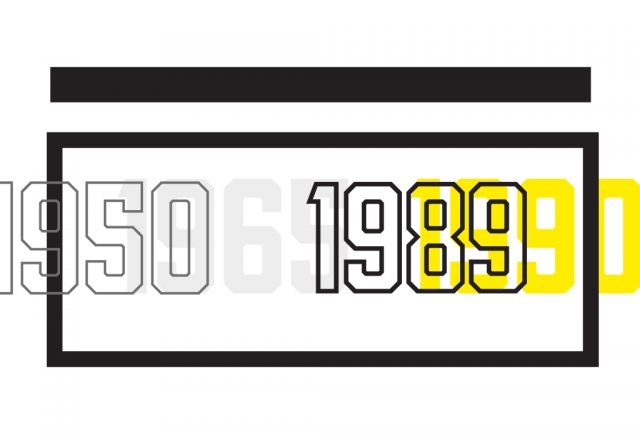 The space of the exhibition Reaction Time – 100th birthday of goalkeeper Barbosa presents a summarized timeline of the main milestones of the black movement and the anti-racist struggle in Brazil and in the world. Here you have access to the complete survey:

1850 | The Land Act stipulates that blacks cannot own property

1888 | The Golden Law (formally) decrees the end of enslavement throughout Brazil, without providing for the right to own land. In all, there were 388 years of slavery regime legally supported by the state

1890 | The Loitering and Capoeira Law allows the arrest of people who wandered the streets without work or proven residence (what about freedom? What color were the people incarcerated at that time? Who still makes up the majority of the country’s prison population today?)

1903 | Publication of “The Souls of Black Folk” by W.E.B. Du Bois, which describes the experience of being an African-American in the United States

1911 | João Baptista de Lacerda, at the Universal Congress of Races, in London, defends miscegenation as a positive factor and the thesis of whitening the Brazilian population

1914 | The first union organization dedicated to the cause of black people appears in Campinas, with an expressive and determining role for black women

1915 | Foundation of the Menelick newspaper, the first periodic in São Paulo aimed at disseminating the black culture and defending the interests of the Afro-descendant population

1920s | Harlem Renaissance, movement that disseminated “black culture” in large European and US cities seeking to “exorcise” widespread stereotypes and prejudices against blacks in the social imaginary

1931 | Foundation of the Frente Negra Brasileira, an entity representing the desires and aspirations of the black population of the time. It played a role that the State did not take in relation to black people (school, health and social assistance). It had a remarkable political role.

1932 | The Social Culture Black Club was created in São Paulo

1933 | Publication of the book “The Masters and the Slaves”, by Gilberto Freyre, main intellectual mentor of the ideology of racial democracy in Brazil

1934 | Movement Négritude (France) that broke up with the cultural pattern imposed by the white colonization and brought identity, loyalty and solidarity among all the “brothers of color” of the black diaspora.

1944 | Abdias do Nascimento founded the Teatro Experimental do Negro, which opened up the Brazilian scenic arts to black actors and actresses, and represented a front of struggle and a cultural hub that aimed at the cultural liberation of black people

1945 | 1st National Convention of the Brazilian Black, which claimed that the new Constitution shouldmake explicit the ethnic origin of the Brazilian people, define racism as a crime against the countryand punish its practice as a crime, also demanding positive policies of racial equality (scholarships and tax incentives)

1948 | Universal Declaration of Human Rights, whose 2nd article guarantees rights and freedoms established in the declaration to all without distinction of any kind

1949-1950 | Arthur Ramos and the UNESCO Project: the idea of Brazilian racial democracy internationally propagated: Brazil, racial paradise in the world?

1950 | 1st Congress of the Brazilian Black People insisted on the principle of racial equality policies and, being popular in nature, did not treat black people as “a simple object of research”

1951 | Afonso Arinos Law, the first anti-racist law in Brazil: acts resulting from racial or color prejudice constitute a criminal misdemeanor/establishes a year in prison or a fine

1954 | Brown vs. Board of Education: US Supreme Court case that declared racial segregation in public institutions in the country unconstitutional. The decision had little effectiveness and did not define how the desegregation would occur

1955 | Montgomery bus boycott: Rosa Parks (NAACP) refuses to give up her seat on a bus to a white man, is arrested and her action becomes the trigger for other boycotts, being a milestone in the anti-segregation struggle

1958 | ILO Convention 111: imposes on member countries the duty to enact laws to prevent discrimination based on color in regards of employment and occupation

1958 | French Constitution guarantees equality to all citizens, without distinction of origin, race or religion, as well as respect for all beliefs

1961 | First use of the term “affirmative action” when establishing the Commission for Equal Employment Opportunity in the United States. It was aimed at fighting the damage caused by the segregationist laws that were in force between 1896 and 1954

1965 | Executive Order 11,246 Against Discrimination at Work (United States): Institutions with a government contract had to implement an affirmative action program to ensure that the persons employed were treated equally and without discrimination

1965 | 1st UN Convention on the Elimination of All Forms of Racial Discrimination, one of the main international treaties in the field of Human Rights, reaffirmed the false scientific criteria of racial superiority doctrines, condemning them and indicating the criminalization of organizations and advertisements with that purpose. It also dealt with the construction of mechanisms for implementing affirmative action policies.

1965 | Interracial Relations Act (UK): prohibition of discrimination based on race or color and criminal typification of incitement to racial hatred

1967 | 1967 Referendum (Australia): grants citizenship to the entire indigenous population of the country

1960-70 | Peak of the Black Power Movement, which preached racial pride and the creation of public and cultural institutions committed to the self-determination of Afro-descendant people

1966 | Foundation of the Black Panthers Party, which fought for the rights of the black population and for the self-defense of African-Americans, a political and symbolic reference in the anti-racist struggle and in the assertion of identity of blacks in the diaspora

1968 | Lei do Boi (Bull Law): first quota law in the country, but for children of landowners, who were accepted in technical schools and universities

1977-78 | Creation of The Unified Black Movement (MNU), which, among many actions, institutes the National Day of Black Consciousness, November 20, in celebration of the memory of Zumbi dos Palmares

1979 | The item “color” is included in the IBGE census due to pressure from scholars and civil society organizations; Foundation of Olodum, a musical group that cultivates the continuity of African sociocultural values in Salvador

1980s | Brazilian black movement promotes the revaluation of Africa, the peak of the re-Africanization of Candomblé, rejection of religious syncretism

1988 | Creation of the Palmares Foundation, a public institution that promotes the appreciation of black culture in Brazil; Promulgation of the Federal Constitution, known as “The Citizens’ Constitution”, which guaranteed the remaining quilombo communities ownership of the lands occupied by them

1991 | Creation of Conen (National Coordination of Black Entities), articulation of the new forces of the black movement

2001 | Durban conference against racism, racial discrimination, xenophobia and related forms of intolerance, in which Brazil recognized that it would have to make reparation policies and affirmative actions. This started the movement to implement racial quotas in public universities.

2003 | Creation of the Special Secretariat for the Promotion of Racial Equality Policies of the Presidency of the Republic (SEPPIR) and Law 10.639 that established the teaching of Afro-Brazilian and African culture and history in the official curriculum of the educational network. UERJ (State University of Rio de Janeiro) is the first state university to adopt the system of quotas.

2004 | University of Brasília is the first federal public education institution to adopt the system of quotas.

2010 | Approval of the Racial Equality Statute (Law No. 12,288), which provides for the establishment of public policies to correct racial imbalances and fight against discrimination and other forms of ethnic intolerance

2012 | After a decade of debates, the Brazilian Supreme Court declares the quota policy to be constitutional and they become Law (No. 12,711) infederal institutions. The measure determines that every public institutionof higher education reserve 50% of its places for students from public schools, among which there are percentages for self-declared “black”, “brown” (according to IBGE’s criteria), indigenous and people with disabilities.

2015 | International March Against Genocide of the Black People